New research from Harvard University has found that eating canned soup can spike your urinary bisphenol A (BPA) levels by 1,200 percent compared to fresh soup. Described as “one of the first to quantify BPA levels in humans after ingestion of canned foods,” the study examines the volume in which cancer-causing BPA contaminates canned goods across the world. 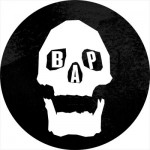 The research appears in the Journal of the American Medical Association November issue. BPA of course has been linked to countless diseases, including breast cancer and fertility defects that can lead to infertility. In fact 130 studies have been conducted on the link between BPA and breast cancer alone — all of which confirmed the relationship.

Harvard researchers not only identified the massive amount of BPA present in canned foods, but they also compared the content to BPA levels present in water bottles and other plastic containers.

What they found was quite shocking: it appears that canned foods may be presenting an even greater risk to your health than many plastics due to the extremely high BPA content. This is also particularly true due to the widespread usage of canned goods, which are a staple in the diet of many individuals worldwide.

‘We’ve known for a while that drinking beverages that have been stored in certain hard plastics can increase the amount of BPA in your body,’ said lead author Jenny Carwile, a doctoral student in the Department of Epidemiology at Harvard School of Public Health. ‘This study suggests that canned foods may be an even greater concern, especially given their wide use.’

The study examined 75 participants, eating a 12-ounce serving of either fresh or canned soup for 5 days in a row. They were instructed to keep the rest of their nutritional habits the same. After a 2-day break, the groups switched and ate the opposite type of canned soup. A urine analysis then showed that the canned soup eaters have 1,221 percent higher levels of BPA than the individuals who ate the fresh soup.

In order to avoid exposing yourself to such high levels of BPA, preparing your own meals with fresh ingredients and avoiding food cans altogether is the best option. However, you can also contact individual brands and ask if their cans contain or are lined with BPA.

If you have been eating from cans or plastic containers like the majority of consumers, there is also a natural solution. There exists a number of effective and free ways to rid the presence of BPA from your body, using health-promoting substances.